The illegality of MDMA and the lack of testing programmes in the UK is leading to the proliferation of dangerous pills and avoidable fatalities. 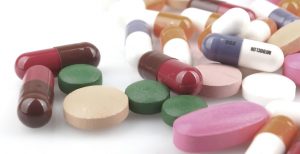 According to the Office of National Statistics, MDMA-related deaths in the UK have dramatically increased in recent years, from eight in 2010 to 50 in 2014. As such deaths are increasing, data also indicates that MDMA use is rising; in 2015, the Crime Survey of England and Wales indicated an 84 per cent increase in young people having used MDMA in the last year.

Since 2008, the consumption of super-strength pills has risen in the UK, spurred by a “glut” of cheap supply across Europe. Freelance journalist, Mike Power, asserts that some pills have been found to contain up to 278mg of MDMA; more than double the 70-100mg pills most prevalent in the late 1990s. Dr Adam Winstock, founder of the Global Drug Survey, warns that consuming 150mg or more in a dose often makes users feel sick, anxious or agitated.

Black-market producers are seemingly locked in a demand-driven battle of one-upmanship – competing over who can produce the strongest pill. As producers and distributors are concerned with profit levels over the wellbeing of the end user, it seems inevitable that dangerously strong pills will continue to be in circulation, and that MDMA batches will be adulterated with other drugs.

These unregulated products would pose less of a danger if users were able to easily test what they were taking, and know how much to consume. Organisations such as The Loop, an events-based MDMA testing company, and websites like pillreports.net, do offer such services, but these are too few and far between. There is a gaping lack of availability of these services in the UK and no real government-sanctioned education or encouragement to persuade users to test their drugs.

The Netherlands, Austria, Spain, Portugal and Switzerland all provide public access to drug testing services. The Netherlands has numerous testing facilities in clubs and festivals, as well as around 30 drop-in labs which will happily test your pill free of charge and without criminal retribution.

The importance of pill-testing is exemplified by the work of the Trans European Drug Information Project, which found that, in Belgium, 55 per cent of what users thought was MDMA crystal contained no MDMA whatsoever.

Is it possible that Faye Allen, the 17 year old who fatally took the “Mastercard” pill in a nightclub, may have taken something else if she’d had access to testing facilities?

It is a travesty that testing facilities are not widespread in the UK’s nightclubs and festivals, and that testing kits are not provided for home use. If the government is so determined to push a set of policies that fails to control the rise in MDMA use, it could at least make efforts to prevent the accompanying upsurge in related deaths.

About the Author: admin

We use cookies to ensure that we give you the best experience on our website. If you continue to use this site we will assume that you are happy with it.OkRead more
Go to Top